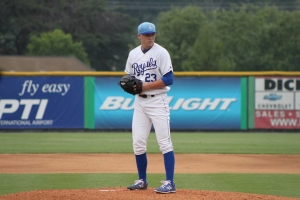 Nolan Watson has been a pleasure to work with over the course of the past three years.  He is the type of athlete that makes a coach’s job very easy.  He is dedicated, driven, intelligent, thoughtful, knows exactly where he wants to go and is more than willing to put the work in to get there.

The only thing more impressive than his baseball skill is his character.

Nolan is the kind of athlete that says all the cliches that you hear athletes use in interviews.  Sometimes this type of statement (Bull Durham, Rated R for language) makes you cringe when you hear them, because they are so insincere and often avoid the question at hand.  Yet, Nolan is the kind of kid that is truly “just here to help the team” and believes “the good Lord willing, things will work out.”  He is so sincere in his passion for the game and his love for the people around him, that you can’t help but to believe it when he says these things.

This kid has a bright future in the game of baseball and I have no doubt he will provide an even brighter future for his family, friends, teammates, and all the people around him.  I am proud to call this kid one of my athletes, and even more proud to call him and his family good friends of mine.

Here is the interview with Nolan a few days after he was drafted by the Kansas City Royals in the first round of the 2015 MLB draft.

Force: Tell us a little about yourself.

Nolan: My name is Nolan Watson, I am 18 years old, and I am Christian. I am a right-handed pitcher, now in the Kansas City Royals organization currently playing for the Burlington Royals in Burlington, North Carolina.

F: Tell us about your baseball career to this point.

N: I have played baseball since I was about 4 or 5 and it has always been my passion. When I was about 15 I began to separate myself from most of my competition and began getting calls from Division 1 schools. In the winter and fall of 2014 I had a few professional scouts talk to me about a possible future and once spring of 2015 rolled around, I knew I had a good chance to be a top draft pick.

Hearing my name called in the draft on June 8th was awesome all in its own, but passing up on the opportunity to play college baseball at such an amazing school was one of the most difficult decisions I think anyone could ever make. Let alone having to do it in a matter of days and being only 18. 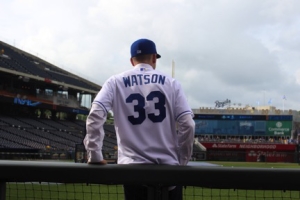 F: How did you find Force Barbell? What can you tell us about your training experience?

N: Force barbell was introduced to me by Phil Wade, my assistant high school baseball coach my freshman year.

I have been training at Force for almost 3 years and I have gained a lot of strength, agility, flexibility and mobility. I have a very well respected strength coach at school, but with such large class sizes, things are very general and here at Force, we can go into personalized detail.

Working at Force has made me stronger in the places I need to be strong, faster in the places that need to be fast, more flexible and more mobile. I have also learned to pay attention to details, as it can help you maximize your work.

Force Barbell is like a family atmosphere, everyone respects one another and is nice to each other and cheers one another on. When I walk out the door and say “see you later guys,” multiple people salute me, not just one or two people. I’d recommend this place to anyone trying to improve in their fitness or a sport.

F: What advice would you give to a younger athlete trying to get where you have been and where you are headed?

Also, don’t let someone or some coach tell you that you can’t do something. Let that be motivation, let that be fuel to the fire; prove them wrong. I’ve done it many times in my life and I enjoy doing it to this day.